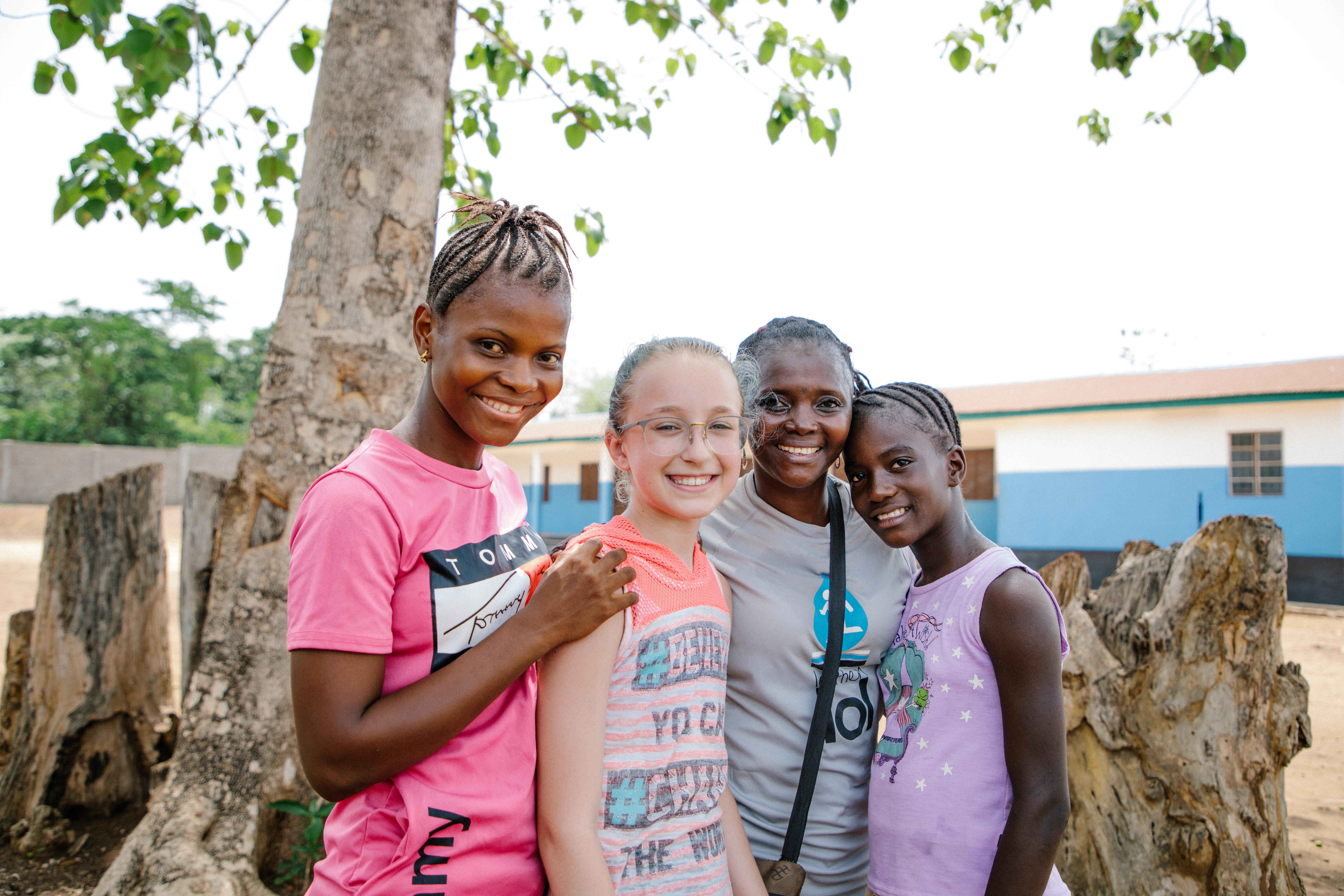 Do you remember what you were up to at the age of eleven? What mattered most to you? And who? Today we ask the question, How old do you need to be to help change the world? Take a seat and enjoy as our friend Eleena paves the way to teach and challenge all of us.

In 2019, this pretty extraordinary eleven year old boarded a plane to visit a place far away from her Buffalo home, called Sierra Leone. The story of her trip is cool enough, but perhaps even more inspiring is the girl, and all that led her to this adventure.

In 2008, the world was introduced to Eleena. In 2009, a handful of people jumped onboard a crazy train with the belief that if people knew about the problem of dirty water in Sierra Leone, they would want to do something to change it. Eleena’s family was part of that ride. She grew up hearing about the people of Sierra Leone, the struggle for access to clean water, and being involved in a community gathering around them. In the meantime, a woman named Violet was raising two young daughters and a little boy in Sierra Leone. Let Them LOL, Eleena, and Violet’s stories were fused around 2010 as US volunteers – including Eleena’s father – learned of her son’s suffering on a trip abroad, and came alongside her in his unjust passing.

During this same trip, a young Eleena was brushing her teeth, and clearly thinking about her neighbors far away. She looked up and asked her mom if her family could give some of their water to our faraway friends. She was an LTLOL volunteer from the age of three, and soon begging to join her Dad on his trips to West Africa.

Eleena continued growing, and so did her passion and love for the people she learned about as her family stayed committed to Let Them LOL. If you met her, you knew her heart was something special. She and her siblings held lemonade stands, and jumped to help out at every opportunity. She held tight to her hopes to travel and to her compassion, as members of her immediate and extended family became more and more involved, too. As the organization grew, faraway faces and stories began to feel like fellow members of one community. Many members of her extended family became sponsors of students living on Hope Campus, and attending our school, Hope Rising Academy. Eleena’s immediate family came to sponsor Violet’s two daughters, staying connected through encouraging letters, her dad’s trips, tons of support, and an overflowing love.

As Eleena turned eleven, an opportunity finally arose allowing her to experience firsthand the complex and beautiful community she’d given so much to help support. Eleena joined her father and a small team, boarding a plane (and another) for the nearly 30hour trip to the small West African country. A major dream of hers was being realized and she was full of excitement!

As the team began work on the ground, Eleena couldn’t have fit in better. Her eagerness to help, energy, and adaptability was a huge encouragement to both the US and the Sierra Leonean teams. She gracefully met with other youth at Hope Campus and they were eager to learn about each other’s experience and she helped students write responses to their sponsors. Eleena avidly documented the trip with her camera, and interviewed teaching staff and students for information to bring back to her friends and classroom in Buffalo. She and her dad took group pictures with the large group of students now sponsored by their family.

And perhaps most incredible of all, Eleena finally got to meet so many people she had known from stories and pictures, including Violet and her daughters Janet and Hawa! She was welcomed with loud laughter, beaming smiles, and unapologetic hugs from her Sierra Leonean neighbors-turned-family. All of a sudden letters and images were standing in front of one another. Whenever the three were together, the joy was palpable and an unspoken appreciation and understanding made their bond even stronger, a beautiful embodiment of our slogan, ‘a community here with a community there.’

Eleena’s willingness to grow and her huge heart continue to inspire all of us at Let Them LOL. It’s a wonder to think that a child’s compassion and conviction could cross an ocean (even before she did), bringing so many people together as something so much deeper than friendship. So, how old do you have to be to change the world? Eleena’s humble kindness (and that of all our smaller supporters) reminds us it’s never too early (or too late) to start to change the world – even for one person at a time. Our stories are so intricately and unexpectedly woven together, if we’ll pay attention.

In 2020, Eleena has been busy working to become a Forty-Sixer by climbing each Adirondack peak, and treasuring any time alone as an introvert in a (really awesome) family of 7. She continues to actively support Let Them LOL with her family, and to inspire those around her!

A (Growing) Man of Miracles »