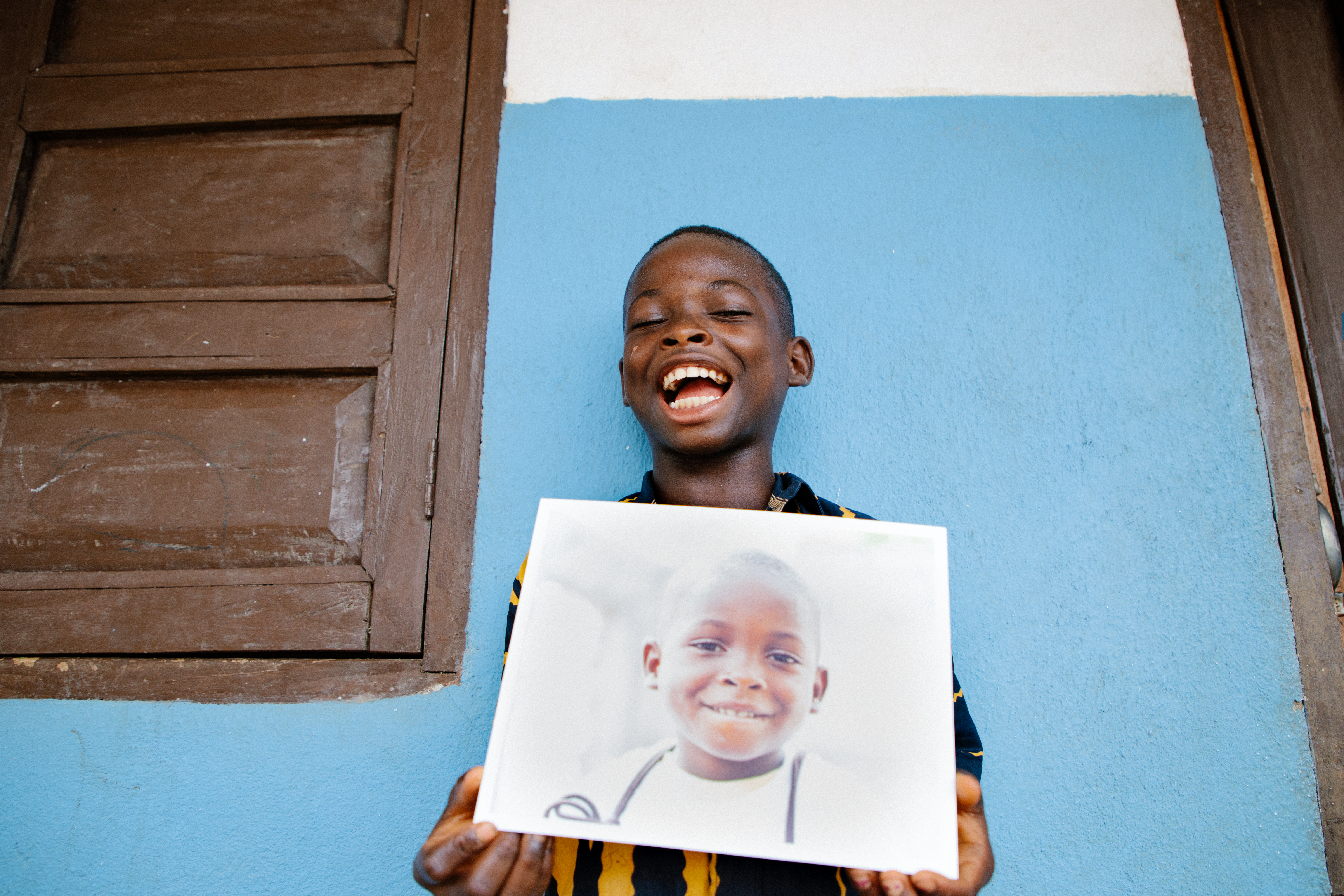 The exuberant little man pictured on our LTLOL Calendar for the month of September, is a reminder of miracles. You may have spotted him in our images here or there, as he’s been part of the Let Them LOL family since almost the beginning of his life. Get ready for a great story, after all, “Wisdom begins in wonder” (thanks Socrates).

Justin is a complicated and inspiring child in our care. When we first met him, he was barely a toddler and was facing some difficult medical hurdles as his own sole caregiver. That’s right, this little guy was taking care of himself, believing perhaps he was alone in this big world. When people in his village believed his diagnoses to be a curse, he had to survive on his own. And things were not going well. But God had big plans.

LTLOL heard Justin’s story at just the right time. As we planned to open our very first Sierra Leonean-led home for children without other options, God was preparing something new for Justin (and many other now-siblings to come). We knew we could invite him into a new identity, a new story, and a new understanding of his value. You, our LTLOL community made this possible…and you may not even realize it!

Justin’s longing for belonging left him scared, hurt, and (physically and emotionally) scarred. But his story was nowhere near over. God brought him into Hope Rising Children’s Home, surrounding him with medical care and his first sense of family.

As he learned this new normal, we began to see glimpses of his personality. People around him began to pour love into the broken places, and the beautiful gift of how God made Justin continues to unfold before our eyes.

He is spunky, eager to engage equally with loving affection and a bit of mischief. Today he has a group of siblings and caregivers he can call family. As he finds his place, we get to see the incredible way his mind works. Despite still being a tinier member of the LTLOL family, Justin’s curiosity about how things work has made an impression on our local staff who enjoy involving him in repair projects and stand amazed at his ability to keep up! He even began to learn the workings of a DSLR camera on a past trip, and served as an informal ‘Jr Photographer’s Assistant.’ These glimpses into the amazing way God has wired Justin and the overwhelming potential for his future reveal miracles multiplied.

When you’ve largely survived on your own, the road to letting others in becomes a long and difficult one. Justin will likely be working through these new lessons for a long time, and some of his medical challenges will never fully heal. Sometimes, looking back, we are haunted by what might have been. But we cannot help but marvel at the growth we see in him already! We often look back with wonder at the 180 degree turn his life has taken, all made possible by grassroots Sierra Leonean and Buffalonian support.

We invite you to stand in wonder with us, at the many miracles wrapped up in one hilarious, playful, curious, and incredibly intelligent little kid. Now, take a moment and remember: your choice to be involved with LTLOL multiplies miracles like these 500 times over on Hope Campus (not to mention the many lives now changing course with access to 130+ clean water wells)! We don’t know how to thank you enough. We can’t stop now. Just think, what other ‘Justin stories’ might be waiting to be invited in? You and I can be an agent for change even beginning today.

Let’s do this. We think you’ll agree, one ‘Justin’ is already more than worth it.